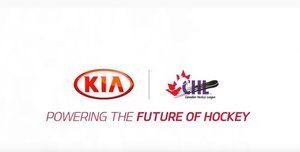 Wayne Gretzky famously said, “Skate to where the puck is going, not where it has been.”  As a smart business decision, Kia Canada signed five-year partnership with the CHL last year as the official automotive partner of the CHL and associated leagues (OHL, WHL, QMJHL) as well as presenting sponsor of the Kia Memorial Cup.  Now in its second year, Kia is looking for another score as they look to increase the brand awareness with a new 360° holistic program connecting with dedicated CHL fans and the players’ local hockey communities.

The sponsorship will include tours in hockey communities across Canada with Kia’s Telluride SUV leading up to the 2020 Kia Memorial Cup in May. On each tour Kia will be travelling with the Memorial Cup trophy, which for many players and fans represents the culmination of hard work and dedication. Plus, as the sponsor for the CHL’s Humanitarian Award, Kia will be activating charitable community events through their dealer network using INNOCEAN Worldwide Canada’s sponsorship playbook.

The campaign is supported with broadcast, media and national contests showcasing Kia Canada’s message of “Powering the Future of Hockey”. The first of these ads was broadcast nationally in English and French on November 4. See the video above.

Agencies behind Powering the Future of Hockey campaign?