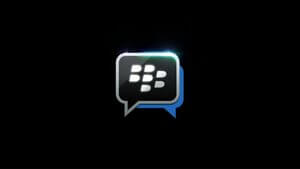 First there was Research in Motion (RIM) and on September 18, 1996 the company launched their Inter@ctive Pager 900 a clamshell-type device that allowed two-way paging. Several other iterations of the device were launched over the years gaining business and consumer fan fair and putting RIM on the global map.

In late 2005 the company launched BlackBerry Messenger (BBM) which was a game changing way for Blackberry device owners to communicate to each other via other Blackberry devices. Over the years more and more features were added to BBM and eventually the ability to install and use BBM on other mobile operating systems such as iOS and Android.
In 2012, the word “BBM,” which could be used as both a noun and a verb, was added to the Collins English dictionary.  In January 2013 Research in Motion (RIM) rebranded to Blackbrery ushering in a new era for the company, or so we all had hoped.  Unfortunately Blackberry failed to keep up with industry trends and consumer demand and competitors quickly scooped up market share which was once owned by the world’s top mobile device company.  BBM also started to suffer as Apple and Android became the go to device and despite its ability to run on iOS, Android and the Blackberry OS BBM demand did not grow.

The BBM service has now been shut down:

“We are proud of what we have built to date,” Emtek, the company that in 2016 took over the operation of the BBM app, wrote in a blog post announcing the shutdown. “The technology industry however, is very fluid, and in spite of our substantial efforts, users have moved on to other platforms, while new users proved difficult to sign on.”

BBM, you were a great service for over a decade and will be missed.

Is Blackberry’s BBM Worth $19 Billion?

Down By Still Shopping, Blackberry Acquired Social Media Company Back In May