As Apple Prepares Its Streaming Video Service Will Bell And Rogers Join The Party? Netflix? 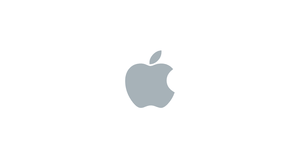 We are days away from another Apple launch event. This time Apple will announce its long anticipated video streaming service. Many have wondered how similar the new service from Apple will be to the current market leader’s – Netflix.

The landscape of streaming video services is heating up with offering from players such as Netflix, Amazon Prime, Hulu, WarnerMedia, Apple, Disney Plus, ESPN Plus, HBO, Showtime, Starz, and CBS All Access.

Who Offers Streaming Video In Canada?

We are sure that Apple will also extend their new video service to Canadians, but no details yet on whether that will be available at the same time as the United States.  It will also be interesting to see whether Canada’s two largest telecommunications companies will turn to Apple and offer their respective services through Apple.

During an event last night Netflix CEO Reed Hasting confirmed that the company will not selling subscriptions to their service through the Apple video hub.  This should not come as a surprise as the two companies have been distancing themselves over the last year, which coincides with when Apple started to ramp up its interest in producing their own video service.  “Apple’s a great company. We want to have people watch our shows on our services”, Hasting said at a press event Monday evening in Los Angeles.

TekSavvy Campaign Takes A Shot At Bell And Rogers, “Pay Less To Connect”